Project: Construction supervision and engineer’s service during stage I of the creation of the public water supply and sewerage system in Mustvee

In the course of the construction, approximately 3.65 km of water supply pipelines and 4.75 km of sewerage pipelines, and the water connection points of 111 registered immovables were reconstructed and created in Mustvee. The creation of the new pipeline helped to encircle the water supply network in the southern part of the city, which improved the reliability of the system and guaranteed the availability of firefighting water. The public sewerage system was reconstructed and supplemented with approximately 4.75 km of new sewerage pipes and the sewerage connection points of 108 registered immovables. In addition, the main sewage pumping station of the city was reconstructed and one new sewage pumping station was built. The supply of firefighting water was resolved with the installation of twelve fire hydrants, one of which was installed underground. 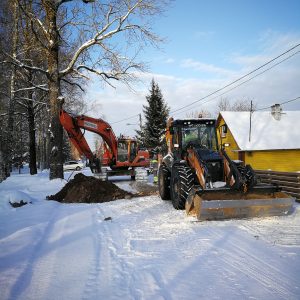